Imagine winning the series Championship for the semi pro division in the NXL.  Now imagine being asked to be the latest and newest NXL Pro team.  You will now step out on the field the following season playing against the likes of Bobby Aviles, Archie Montemayor, and Ryan Moorehead.  Your opponents are now teams named Houston Heat, Edmonton Impact, and San Antonio X-Factor.  What would that be like?

This is the scenario PC Katana’s very own Collin Cherry found himself in.  The 24-year-old Memphis TN native took some time to speak with me for this edition of Gun Fu.  Collin and I have known each other for a long time now and I was really pleased he agreed to this interview.  He is most certainly one of the most down to earth guys you will meet in professional paintball. 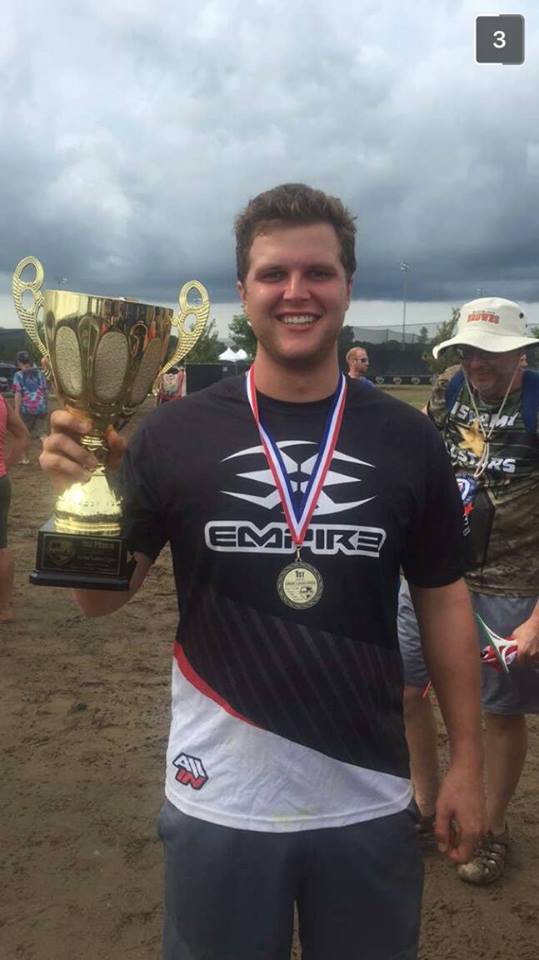 But where did Collin’s paintball career begin?  It wasn’t your standard birthday party like most.  He didn’t even have a gun the first time he played, much less a rental.  He couldn’t even shoot back!

“The first time I played paintball was probably in my next-door-neighbor’s yard when I was about 10 years old. He’d stand on his deck while we would run from one side of the yard to the other, tree to tree while someone would shoot paintballs at us from about 20 yards away. I wore a Motocross helmet my first time through the gauntlet” he laughed.

“I played a lot of sports growing up. I loved playing cooperative sports. Basketball, Baseball and Lacrosse were the ones I found myself playing the most. I played other sports while I was playing paintball in high school.  It was always funny explaining welts on my arms on a Monday basketball practice after a tournament. Other sports have played a big part in shaping the way I look at the game. You can compare certain situations in paintball with any other sport. You can appreciate what guys are doing in the NBA and NFL. They hit their big shot in the biggest of moments. With literally, millions of people watching sometimes. I just try emulating what they do as best I can on the paintball field.”

But what drew him away from those other sports to focus on paintball?  I am always interested in peoples answer to this question as it really gives you some insight into their psyche.  Collin’s was of little surprise.  It essentially boils down to legally shooting someone. 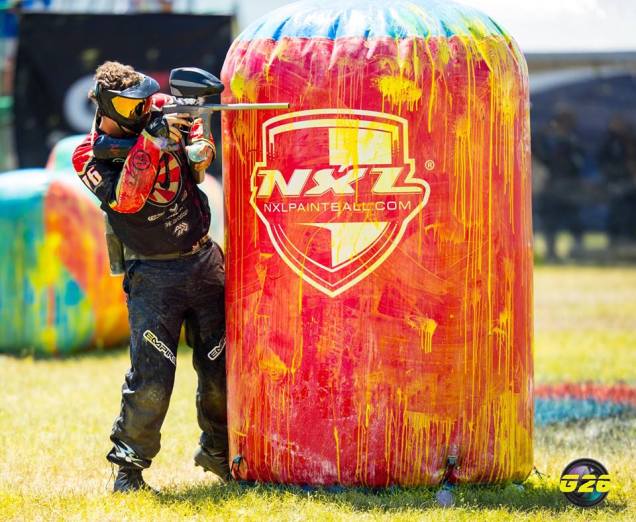 “What drew me to paintball initially is what still draws me back every weekend now. Shooting someone with a paintball is just fun. You go from standing on a back deck shooting at your helpless neighbor, to dodging paint in a gun fight. The feeling never changes. It only gets more intense after each ball you see goes splat on someone. Those who have taken time off from paintball often call it, “the itch”. Because it does itch, you feel it in your bones when you haven’t tasted the paint in a while.”

No ladies and gentlemen, this does not make him a psychopath.  Quite the contrary, I would argue.  It keeps most of us from becoming one I would imagine.  But I digress…Keep in mind that Collin isn’t necessarily new to the professional division.  Some of you may remember him from when he was a member of the former professional team Chattanooga CEP.

“I try not to compare the two teams really. They’re two different squads. I’m grateful for my time with CEP. I’m fortunate to have two of my best friends, Logan and Zuppa join me from CEP.”

He is referencing Logan Landry and Mike Zuppa.  And he follows it up with an interesting point when I asked him what he felt was the biggest difference between the two squads…

“The CEP players on Katana are at different stages in their game now. We’ve seen how it can be and know what to expect now. All the players on Katana have been in tight games before. We’ve won some and lost some heartbreakers. But we train hard to recognize and execute when those situations arise again.” 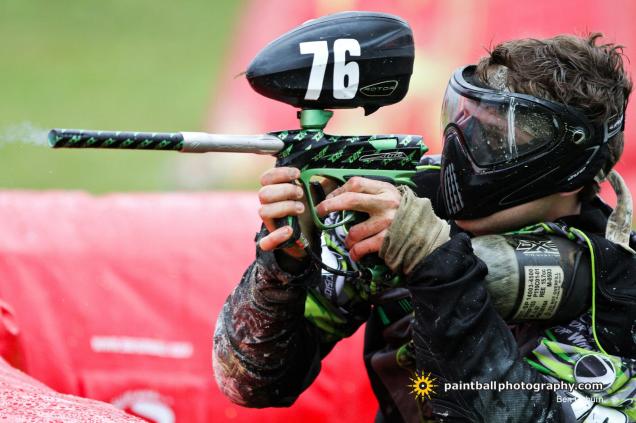 When you ask Collin about who he admires in our sport, you get a very straightforward answer:

“I admire the guys in paintball who are trying to play any tournament, and teach every clinic. No matter where it is in the world. I think Ryan Greenspan is one player who is truly a professional paintball player. Traveling the world to win paintball games. If you can do that and make money doing it, why wouldn’t you? You get to travel and play paintball. If either is crummy, at least you got to do the other.”

PC Katana has played the first three NXL events placing 14th out of 16 teams in the professional division the first two events and improving to 10th out of 16 recently at the third NXL last month in Atlantic City.  A marked improvement.  But he doesn’t mince words when it comes to the competition.  I asked him if he felt they were creating any rivalries:

“I feel like we have rivalries with the teams we play the most. Last year it was Distortion. This year we’ve played teams like Boom twice and had some good games. We practice Damage in Florida and have played them once. There’s never bad blood in our rivalries…for the most part. So, it’s really just a matter of time until we develop another good rival.  And these Pro guys don’t take kindly to new comers…” he says with a smile. “Everyone is trying to rip your head off every single point out there. I think that kind of pressure allows the toughest players to shine.” 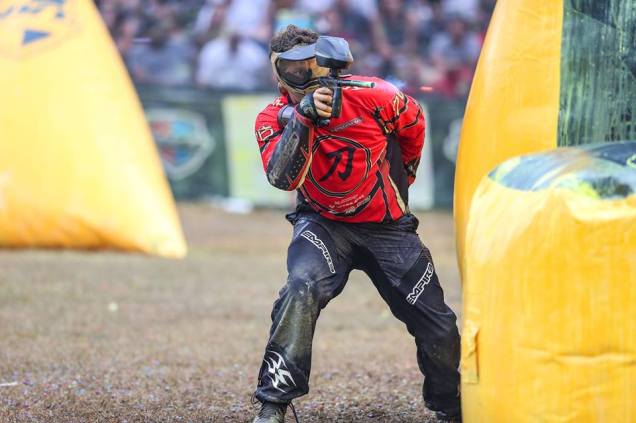 So what got Collin to this point and the team for that matter?  What does he bring to the equation that is PC Katana?

“I think my strengths are reading the field and putting myself in a position to break open a point. I like being able to sit back, see a breakout, then make a move from there. I like to be aggressive. I like to remain unseen. I like trying to catch someone by surprise. I’m looking for the best move in each situation. If I see a big move, I’m gonna take it. “

But there are two sides to every coin.  That’s what I really like about Collin.

“An area I’d like to improve on would be gun fighting and survivability. You’ve got to be alive to make plays.”

So how does he do it?  How does he stay sharp on the professional level?  What does he do to keep his game up and prepare for events?

“Drills.  Drills I like are running and gunning while shooting a fixed target from various ranges. 4 on 2’s, 1 on 1’s. And the classic snap shooting. I like to have an even mix of fundamentals and live action application. I like to get in a good rhythm shooting a target and then jump into a 4 on 2 drill to put the new knowledge to the test.” 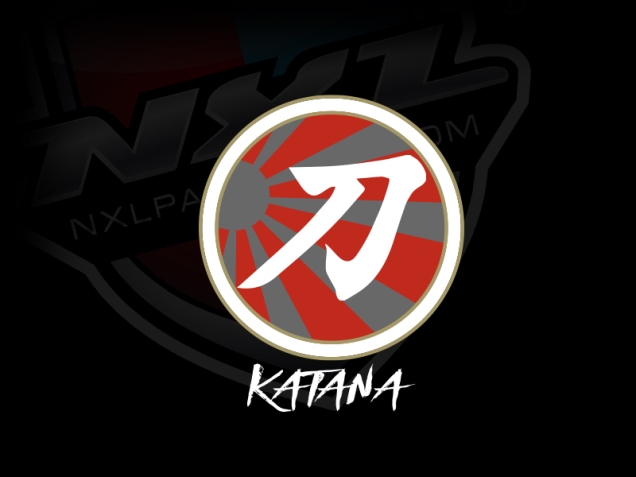 Does he have any advice for the up and comers in the sport?

“Advice I’d give anyone in paintball is to always have fun. And always play to win. Paintball will test your limits physically and mentally. Train hard, work hard. Strive for excellence. Love the feeling of winning, but don’t be afraid to lose. You see the move; take it. “

What was the best advice he ever got?

“I can’t think of any specific advice anyone has given me, but I love to watch paintball. Old Derder or Mwag kind of stuff. I tried to emulate their moves. Like Fedorv with his diving, John Richardson periscoping over a temple. They were guys I’d watch and copy. And now I’m playing them. It’s really a dream come true for me.”

See kids?  Eat your Wheaties and pay your dues.  Work hard, play hard.  The opportunity is there.  Thanks again to Colling and best of luck to him and the PC Katana Camp!